People vs. William Johnson, physician, late of Schaghticoke, Albany County, and others, indictment for treason

Treason against the State of New York is still a crime, mentioned in the state constitution, but no prosecutions have occurred since the Revolutionary War. William Johnson, physician of Schaghticoke, and others unnamed, were indicted for treason by a Supreme Court grand jury in Albany County in July 1780. The language in the indictment is imposing though formulaic. In June 1780 Johnson and his confederates, “not having the fear of God in their Hearts, nor weighing the Duty of their Allegiance, but being moved and seduced by the instigation of the Devil and as false Traitors against this State,” assembled with their weapons at Half Moon and then moved to Quebec, which was governed by the British. They committed an act of war against New York State, and the grand jury returned a “true bill” indicting them for treason. 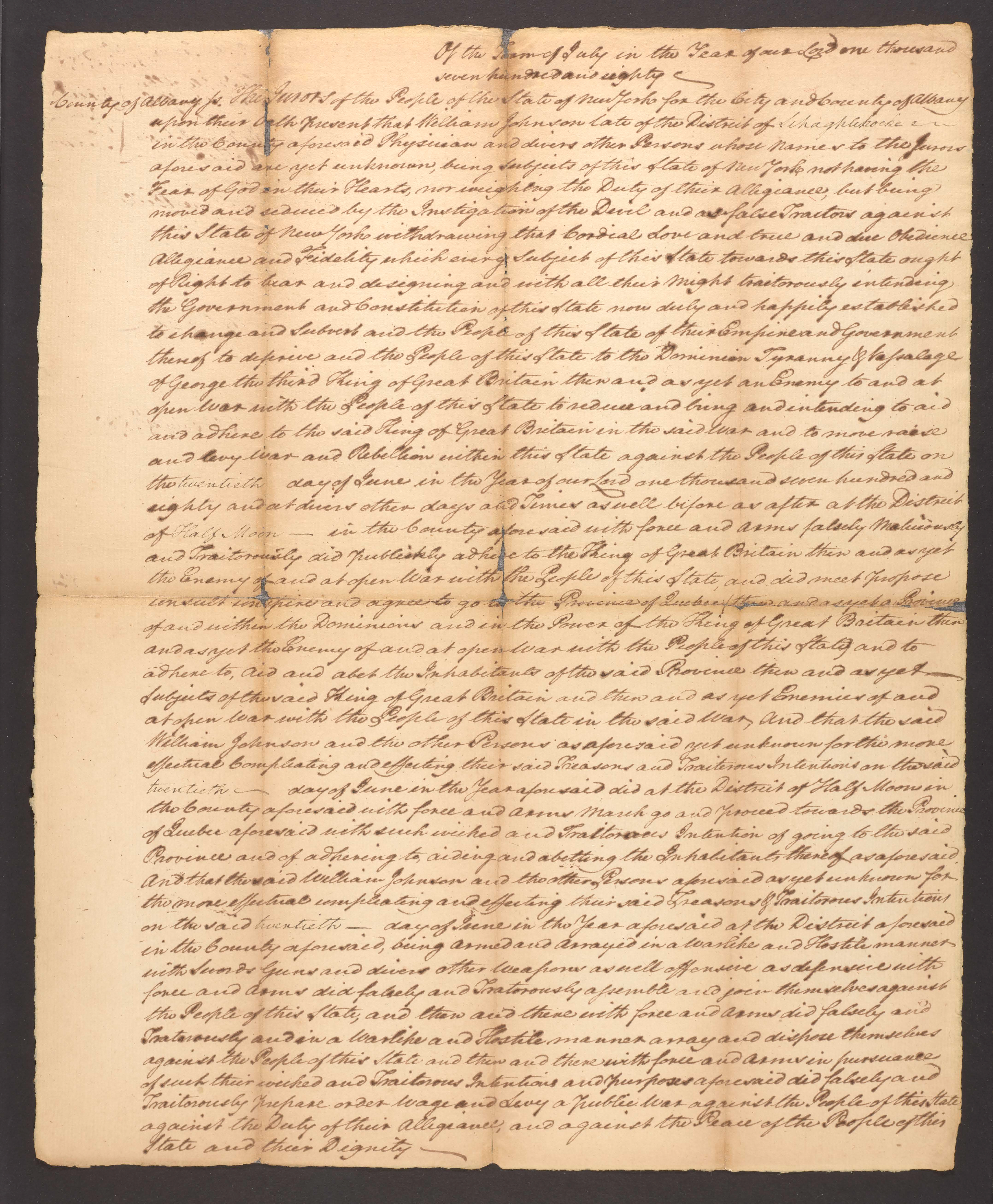 People vs. William Johnson, physician, and others

Identifier
NYSA_JN522-17_P_1103_001
Description
William Johnson, a Schaghticoke physician, and others, “false Traitors against this State,” were indicted for treason in July 1780, after they assembled armed at Half Moon and moved to Quebec, which was under British government.
Source
New York State Archives, New York State Supreme Court of Judicature (New York) Pleadings and Other Civil and Criminal Court Documents, 1699-1837, JN522-17, file P-1103.
Rights
This image is provided for education and research purposes. Rights may be reserved. Responsibility for securing permissions to distribute, publish, reproduce or other use rest with the user.
Learning Activities