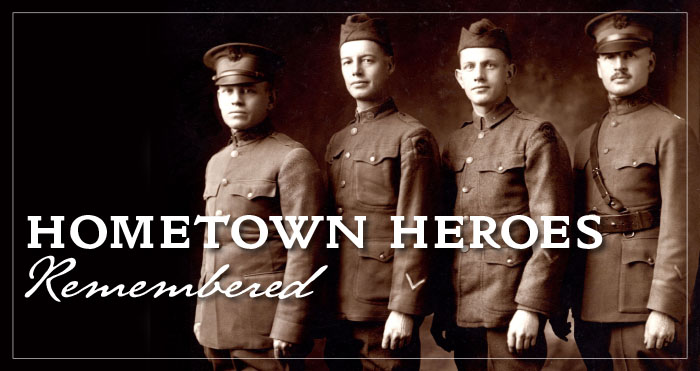 Honoring the Sacrifice of
New Yorkers in World War I

Sponsored by the Gerry Charitable Trust

Beginning in 1923, State Historians James Sullivan and Alexander C. Flick began collecting information from local historians about their community’s contribution to World War I. The state legislature had passed a joint resolution for a publication on New York State in the Great War. The publication never received funding, but the collection of data by the state historians resulted in 34.4 cubic feet of documents at the State Archives labeled Series A0412.

Nearly a century later, through a grant from the Gerry Charitable Trust, the Archives Partnership Trust has digitized seventy documents from the collection, representing ten counties from every corner of the state and over eighty individuals who contributed to the war eﬀort. This exhibit includes soldier photographs, letters, biographies, and local newspapers articles.