People vs. Andrew Devoue of New Rochelle, yeoman, and Daniel Devoue, of Eastchester, cordwainer, indictment for adhering to the enemies of this state

Westchester County was contested ground during most of the Revolutionary War. The British army occupied and governed New York City and Long Island, while Continental forces protected the strategic Hudson Highlands. Frequent raiding parties from both sides terrorized the county. Many of the French Huguenots of New Rochelle were Loyalists. Andrew Devoue, a farmer of New Rochelle, and Daniel Devoue of Eastchester (now in the Bronx), a shoemaker, were of Huguenot descent (a published genealogy says their surname was originally De Vaux) They went to live on “Nassau Island” (the old name of Long Island) in February 1777. Benjamin Devoe of New Rochelle, maybe a relative, informed a Westchester County grand jury in August 1783 that Daniel was still on Long Island, and Andrew had died there. Both were indicted for “adhering to the enemies of this state.” 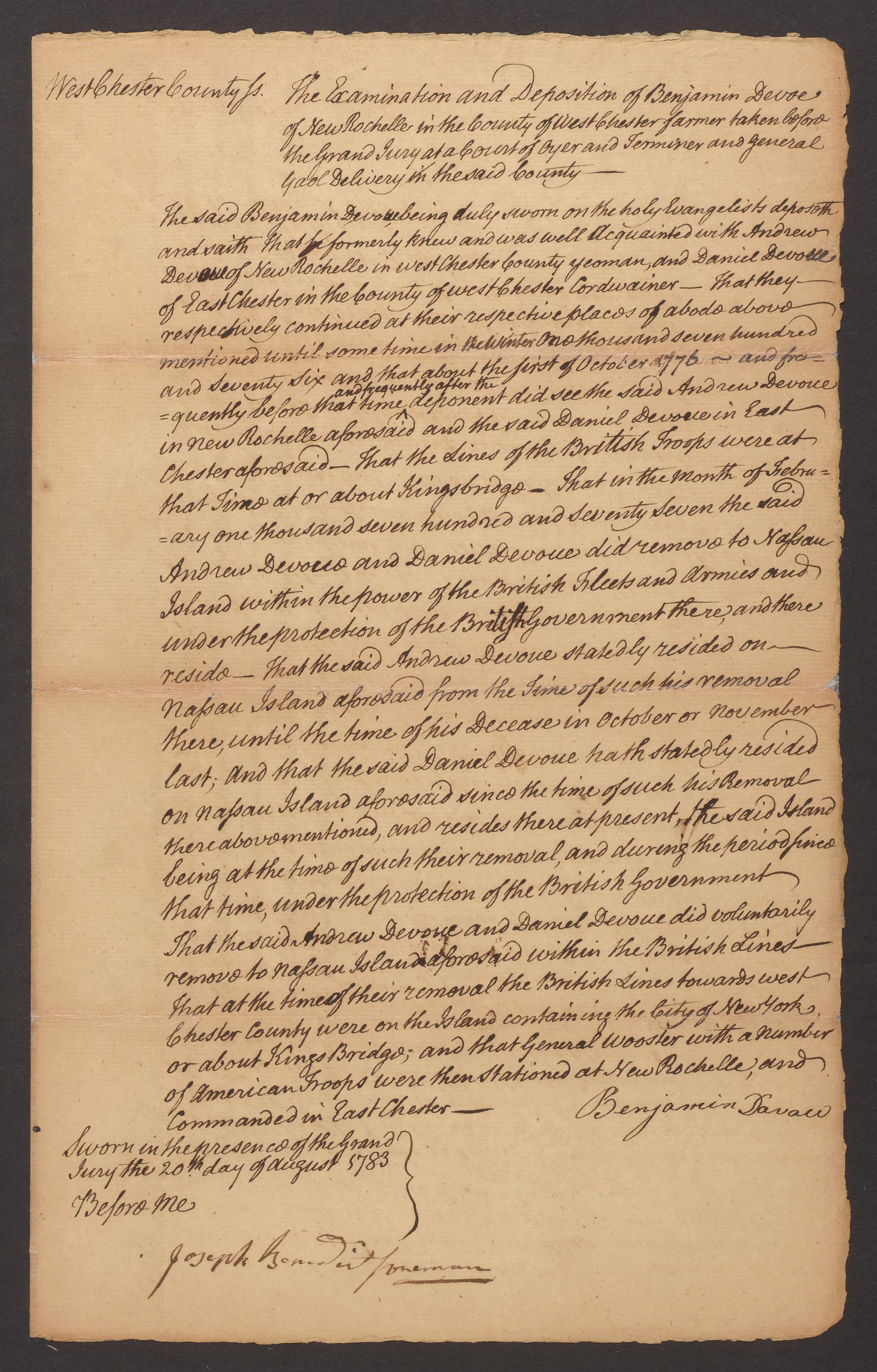 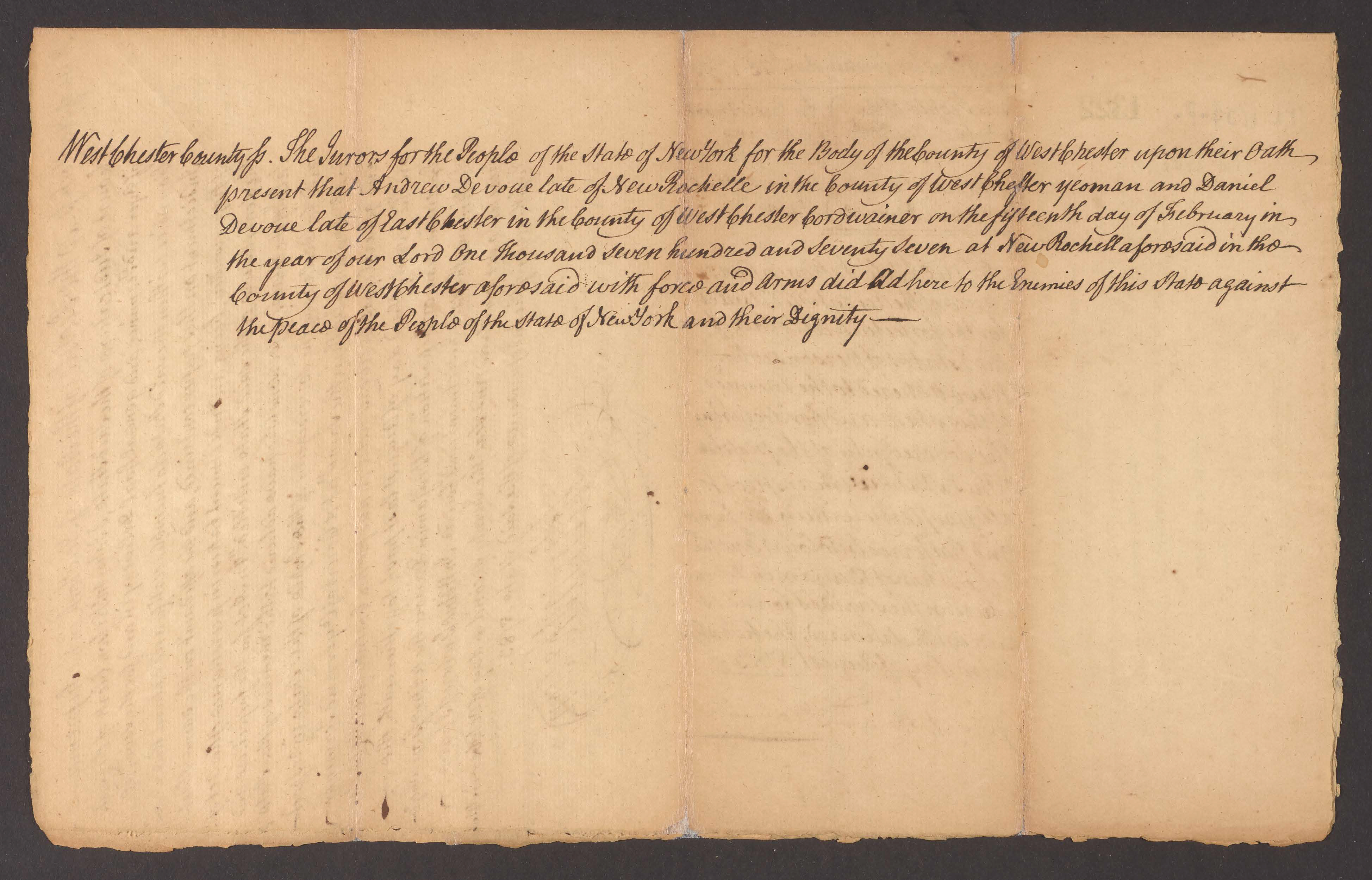 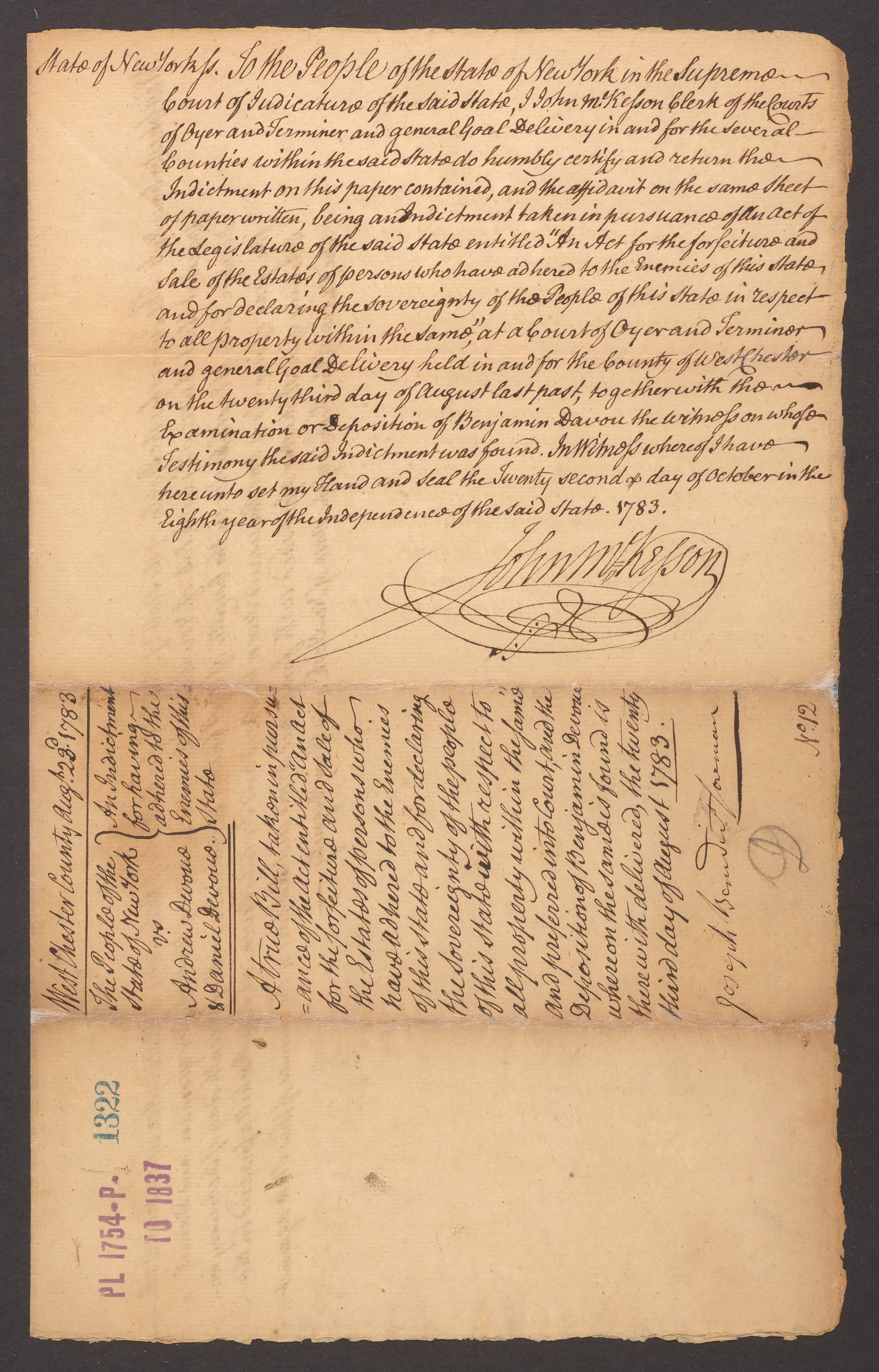 Identifier
NYSA_JN522-17_P_1322
Description
Westchester County was contested ground during the Revolutionary War, with both Patriots and Loyalists struggling to control it. Brothers Andrew Devoue of New Rochelle and Daniel Devoue of Eastchester (now in the Bronx) moved to Long Island in early 1777. In 1783 Benjamin Devoe of New Rochelle, maybe a relative, accused them of adhering to the enemy, and they were indicted. Maybe they were just getting out of harm’s way, or maybe they were loyal to the King, like many of the French Huguenots of New Rochelle.
Source
New York State Archives, New York State Supreme Court of Judicature (New York) Pleadings and Other Civil and Criminal Court Documents, 1699-1837, JN522-17, file P-1322.
Rights
This image is provided for education and research purposes. Rights may be reserved. Responsibility for securing permissions to distribute, publish, reproduce or other use rest with the user.
Learning Activities