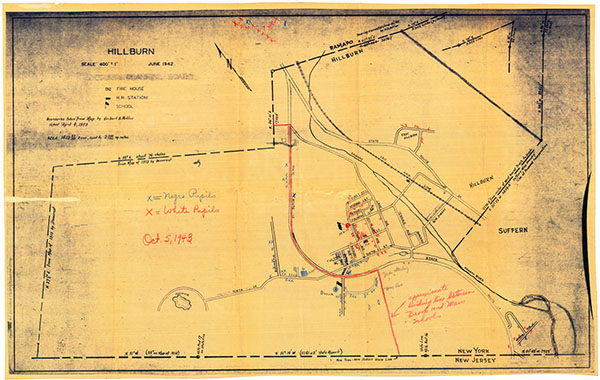 Petition of Certain Parents and Taxpayers of Hillburn, N.Y. to the Commissioner of Education, 1943.

In the fall of 1943, Commissioner Stoddard received a petition from the African American residents of the Village of Hillburn for equal educational opportunities for their children. For more than a decade, the parents of African American children in this small New York community had struggled to obtain the same level of educational accommodations as the white children in their village. A redrawing of the district lines in the 1930s placed all but a few African American students in the Brook School which lacked indoor plumbing, a library, and an area for recreation. All of the white students, according to the new district lines, were assigned to the Main School which was newer and furnished with all the modern amenities.

Discrimination in the Workplace

Letter from Mary A. Young to NYS War Council, Committee on Discrimination in Employment

A Natural Right to Knowledge

Teacher Myrtilla Miner from Madison County, New York was a feminist and abolitionist who went South to teach. What she saw caused a revolution in her—and in education.

The Negro Motorist Green-Book kept travelers out of harm's way.

More on the Hillburn Case