Suffolk County, located on the eastern half of Long Island, is comprised of approximately 106 townships and is thought of as the largest county in New York State. During World War I, all these communities across the county rallied together to find ways to support the troops they sent off to war in the hopes that their efforts would bring their loved ones home again. Men and women worked to raise money, help heal the wounded and sick soldiers, and boost morale and patriotism in our country.

One such example came from the town of Riverhead. At a meeting of the Woman’s Club of Riverhead, held March 17th, 917, the matter of a Red Cross organization for Riverhead Town was discussed and a committee from that Club was appointed to confer with committees from the Churches and other organizations. This conference took place on March 31st, 1917, and as a result arrangements were made for a public mass meeting for the organization of a chapter of the A.R.C.

On Sunday, April 29th, 1917, a mass meeting was held in the Casino at Riverhead, N.Y. A chorus of some fifty voices led in the singing of patriotic hymns and after a most stirring address by the chairman, Mrs. Kineally from the headquarters of the Atlantic Division of the American Red Cross, national and local and those present voted to seek a charter and organize as the Riverhead Town Chapter of the A.R.C. Three hundred joined that day.

During the war and immediately following our entry into it, mass meetings were held and rallies were in order at which local speakers of note and talent from afar were invited and the enthusiasm of the people was aroused. The effect of these meetings was felt throughout the country. At the close of the war a big parade was formed and the people marched through Riverhead and not satisfied with that about 100 automobiles with flags flying scoured the surrounding country arousing all the neighboring villages to the fact that Peace once more dawned upon the land.
David E. Gaddis, Riverhead Local Historian, 1922 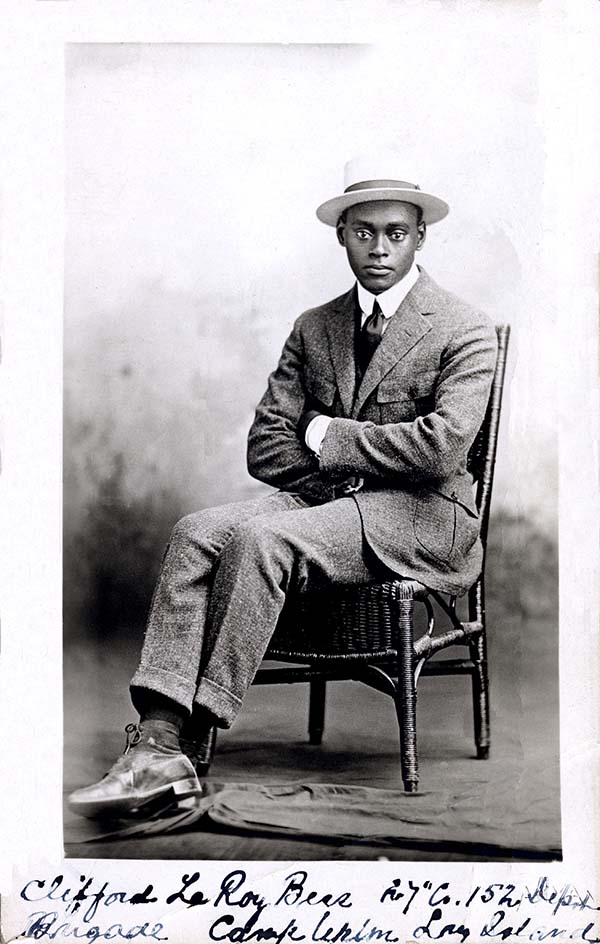 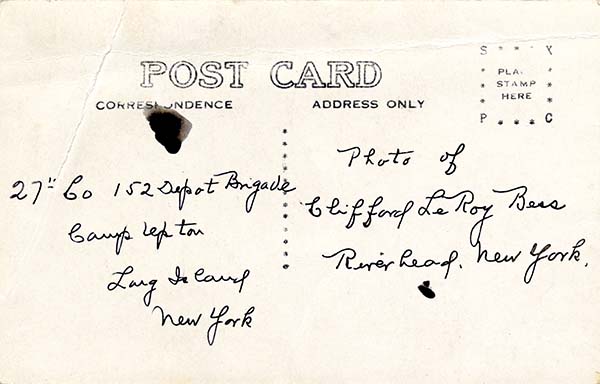 Identifier
NYSA_A0412-78_B25_F07_Bess
Description
Photograph of Clifford LeRoy Bess of Riverhead, N.Y. wearing a suit and white hat while sitting in a chair with his arms crossed. Bess trained at Camp Upton.
Source
New York State Archives. New York (State). Education Dept. Division of Archives and History. World War I veterans' service data and photographs, 1917-1938. Series A0412-78, Box 25, Folder 7.
Rights
This image is provided for education and research purposes. Rights may be reserved. Responsibility for securing permissions to distribute, publish, reproduce or other use rest with the user.
Learning Activities 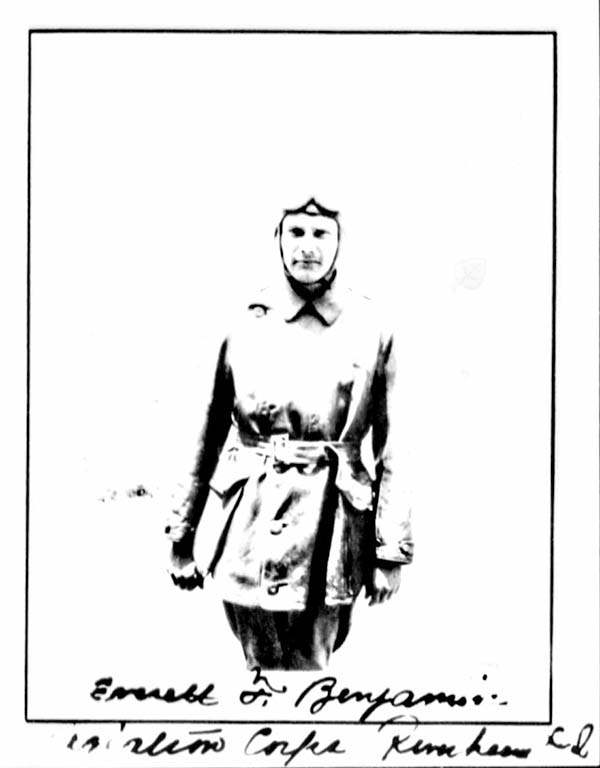 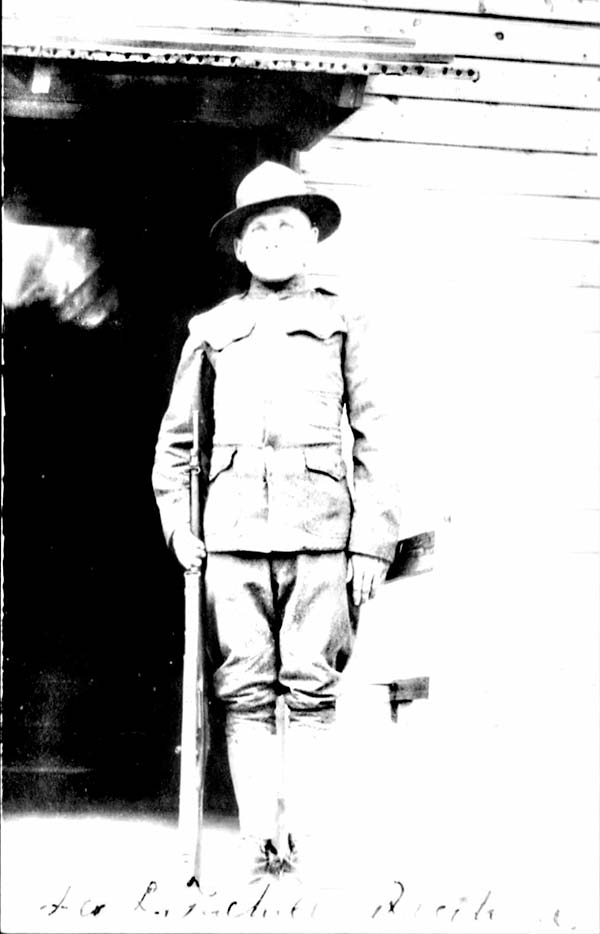 Identifier
NYSA_A0412-78_B25_F07_Tarhill
Description
Photograph of George L. Tarhill of Co. B 311 Infantry standing outside in his military uniform.
Source
New York State Archives. New York (State). Education Dept. Division of Archives and History. World War I veterans' service data and photographs, 1917-1938. Series A0412-78, Box 25, Folder 7.
Rights
This image is provided for education and research purposes. Rights may be reserved. Responsibility for securing permissions to distribute, publish, reproduce or other use rest with the user.
Learning Activities