On April 20, 1777, the Fourth Provincial Congress, then New York’s only government, adopted the State’s first constitution at the Ulster County Courthouse. In British eyes, this established Kingston as a hotbed of revolution and therefore worthy of attack, which they did in October of that same year.

The constitution of 1777 was a conservative document with some innovative features. It continued the colonial laws and courts, but it limited the powers of the governor, established a two-house legislature, and balanced power among the three branches of state government. The constitution required that voters own real property, but instituted the secret ballot at elections. 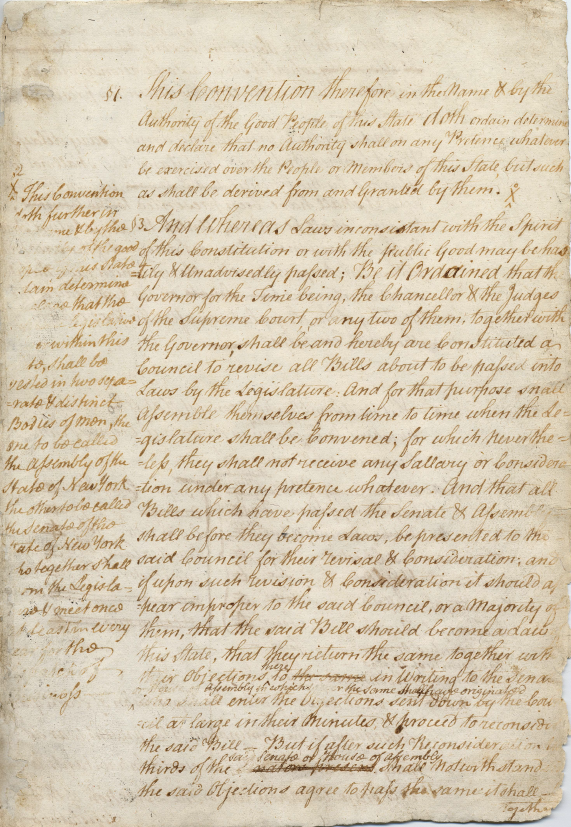 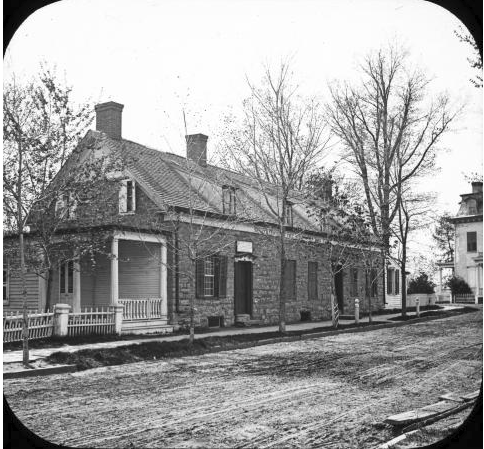 The old Senate House in Kingston, (Ulster County, N. Y.). New York's newly organized State Senate met in this house for their first meeting in 1777. The house was burned by the British in the same year and later rebuilt. The image is of the front of the single story stone house with three chimneys, two front doors, several shuttered windows, and a wooden porch on the side of the building. Also in view are sidewalk and road in the foreground and part of a large white house next door. 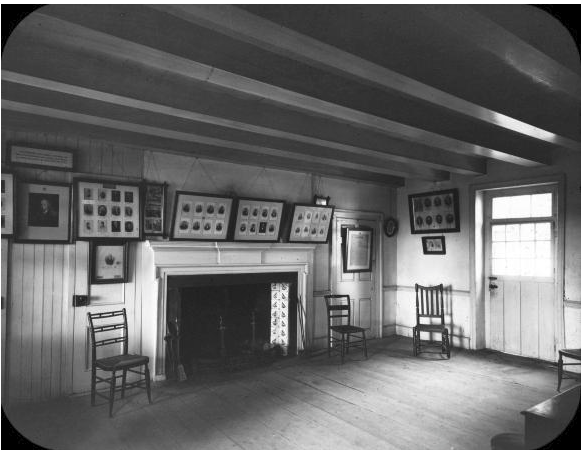 A room in the Senate House in Kingston, (Ulster County, N. Y.), with a beamed ceiling, wooden floor, wainscotted walls, several chairs, wooden door with window, and a fireplace with portraits hanging on the walls around it. New York's newly organized State Senate met in this room for their first meeting in 1777. The house was burned by the British in the same year and rebuilt thereafter.