Tryon County, formed in 1774, included not only the Mohawk Valley but also the hilly country to the south, where many people were loyal to the Crown.  James Marr of the Old England District (now in western Otsego County) informed a grand jury in Albany County that he had been captured at his house in late July 1777 by Piercival Carr, Richard Brooks, and others. They accused him of providing intelligence about local Loyalists to the Patriots at Schoharie. They threatened to hand him over to “Joseph Brandt the Indian,” the famed Mohawk war captain. While Marr was a captive, Carr brought in news of the battle of Oriskany, August 5, 1777. The Indians had inflicted heavy casualties on the Americans, and the wounded men were being nursed at local homes. Marr was told he must swear an oath of allegiance to the King before being released, but after several weeks he was rescued by a party from Schoharie. Carr, Brooks, and the other Loyalists were indicted in Albany County in April 1783 for adhering to the “enemies of this State.” 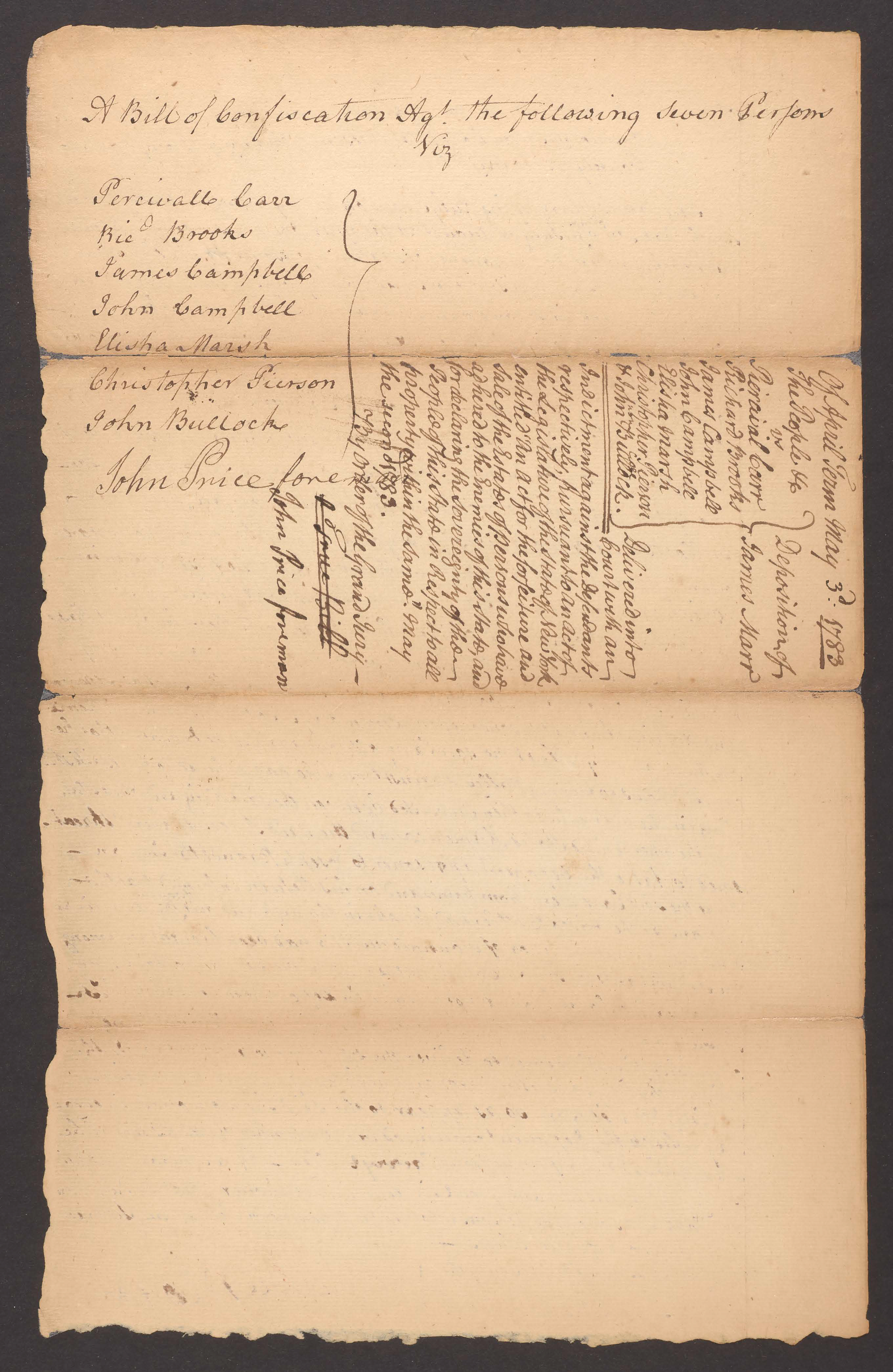 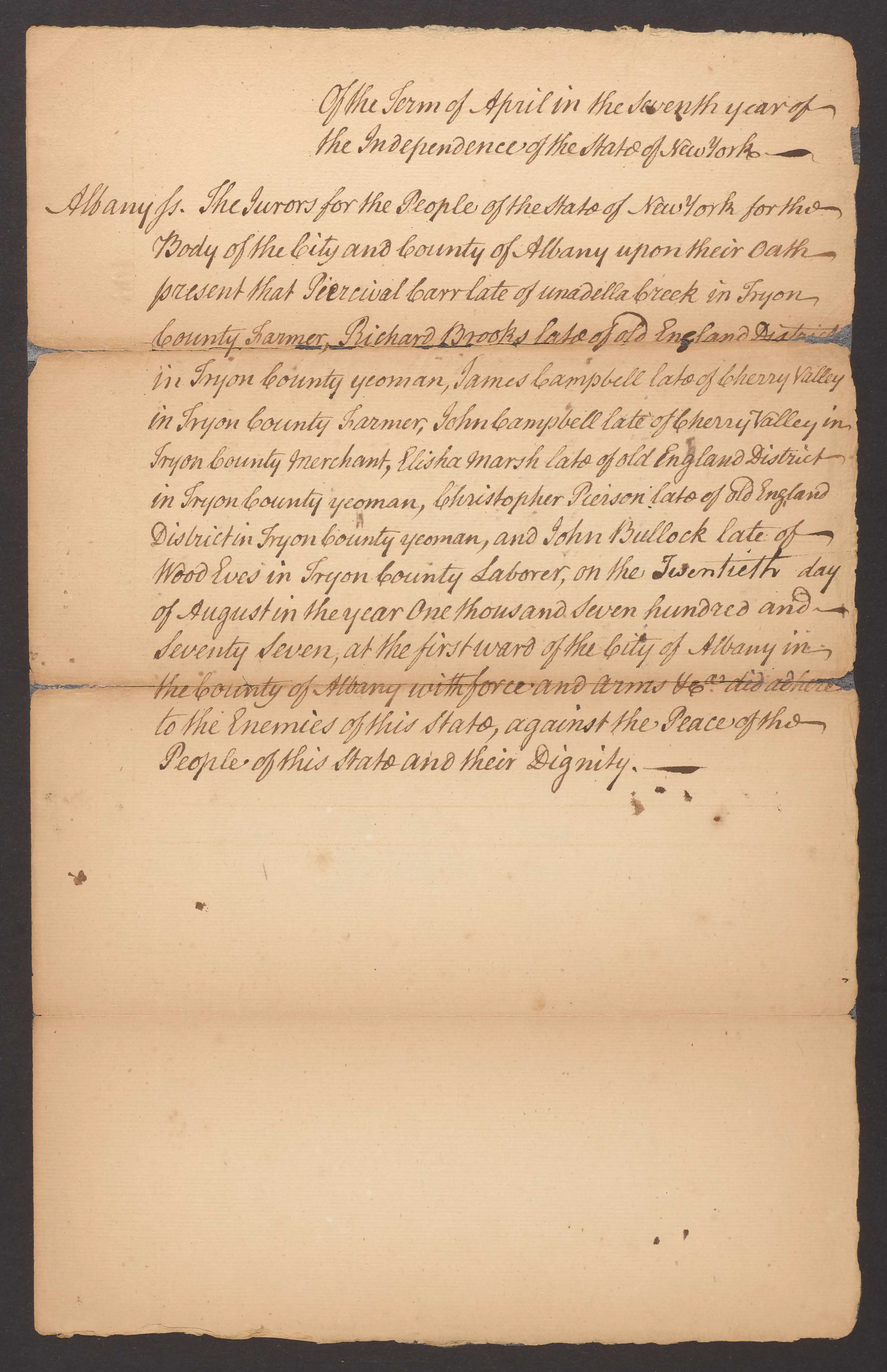 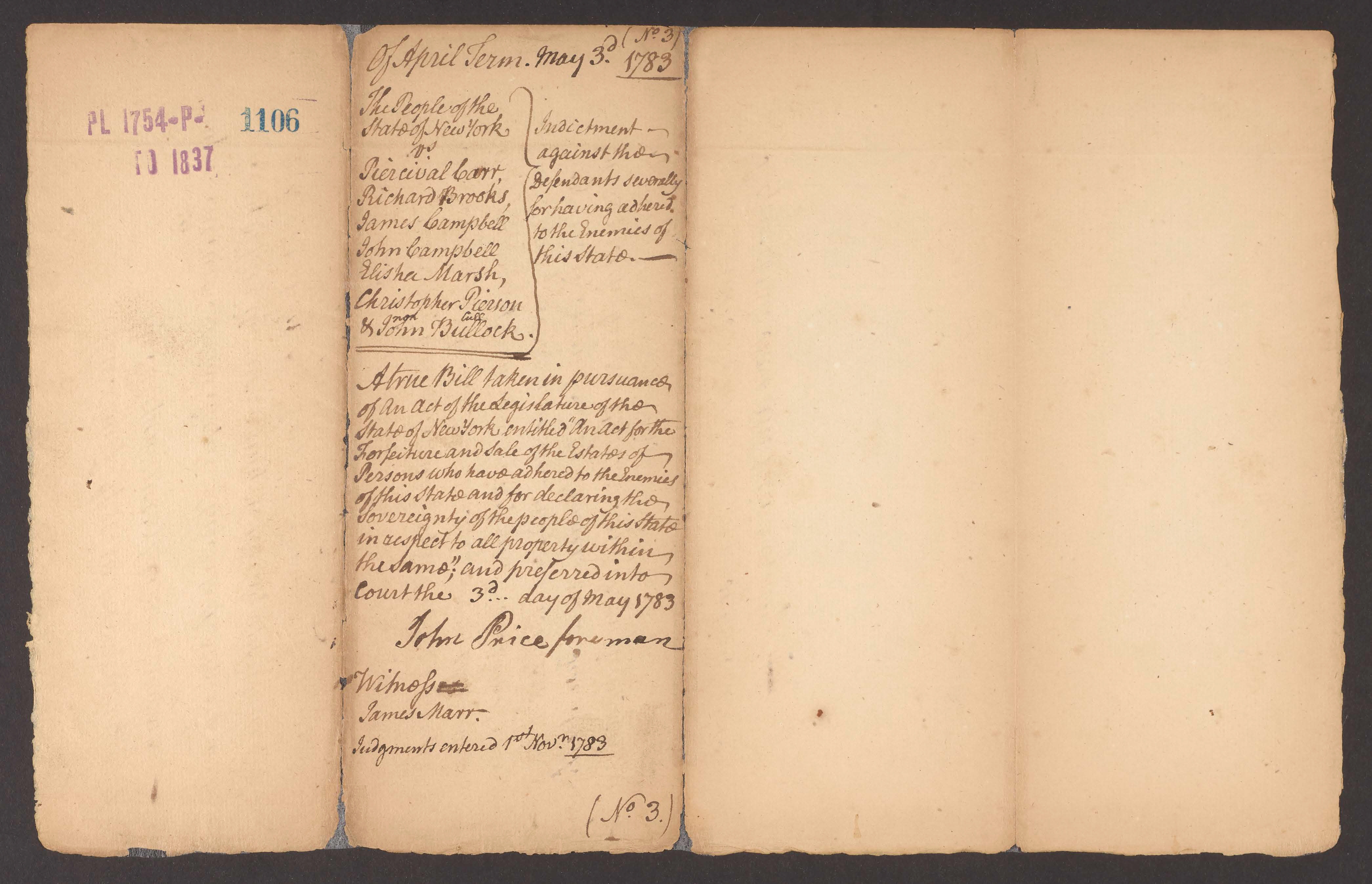 People vs. Piercival Carr and others

Identifier
NYSA_JN522-17_P_1106
Description
The hill country south of the Mohawk Valley was home to many Loyalists. James Marr was captured by some of them in late July 1777. While he was a captive, news came of the battle of Oriskany, where Indians had killed or wounded many Patriots. Marr’s captors threatened to turn him over to Joseph Brant, the Mohawk war captain, but he was rescued by Patriots from Schoharie. The Loyalists who captured him, Piercival Carr and others, were indicted in Albany County in 1783 for adhering to “enemies of this State.”
Source
New York State Archives, New York State Supreme Court of Judicature (New York) Pleadings and Other Civil and Criminal Court Documents, 1699-1837, JN522-17, file P-1106.
Rights
This image is provided for education and research purposes. Rights may be reserved. Responsibility for securing permissions to distribute, publish, reproduce or other use rest with the user.
Learning Activities