People vs. Nicholas Dean, indictment for adhering to the enemies of this state

New York City, Long Island, and Staten Island were occupied and governed by the British army between mid-1776 and late 1783, and many New York Loyalists moved there. Jeremiah Coleman, a tailor of Goshen, informed an Orange County grand jury in November 1782 that in April 1777 he had been captured by enemy troops in New Jersey. He was imprisoned in New York City, then released to work as a tailor for the British army. He often went to a tavern run by Nicholas Dean, whom he had known before the war. In December 1777 Dean with two British officers confronted Coleman while he was drinking a “Bowl of Toddy.” Not giving Coleman “time to drink his Liquor,” Dean ordered him out, saying he “did not keep a House for Rebells.” Dean also owned a sloop that carried rum and sugar to the British troops occupying Philadelphia. The grand jury indicted Dean for “adhering to the enemies of this state.” He was convicted in the Supreme Court without a trial, in April 1783. 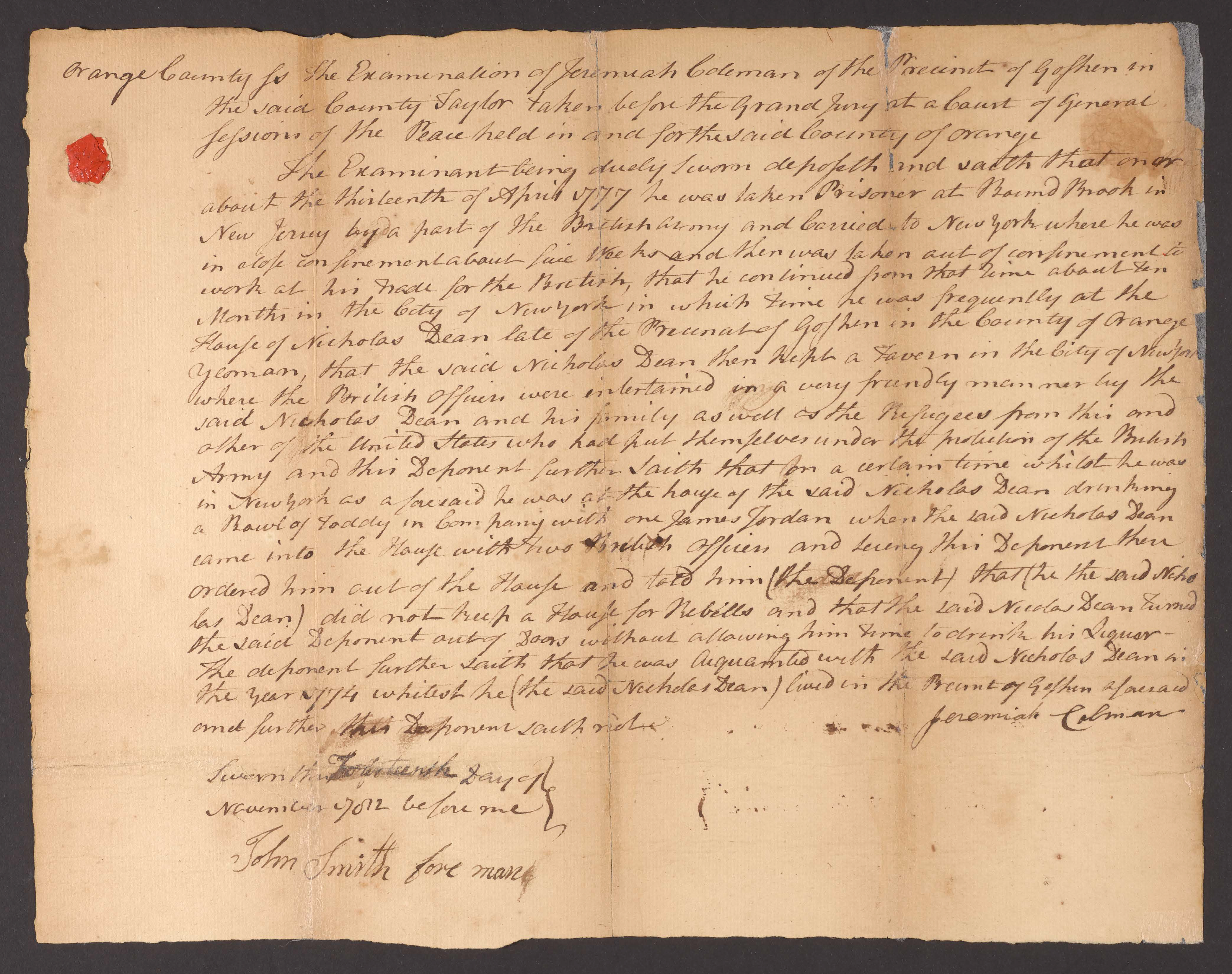 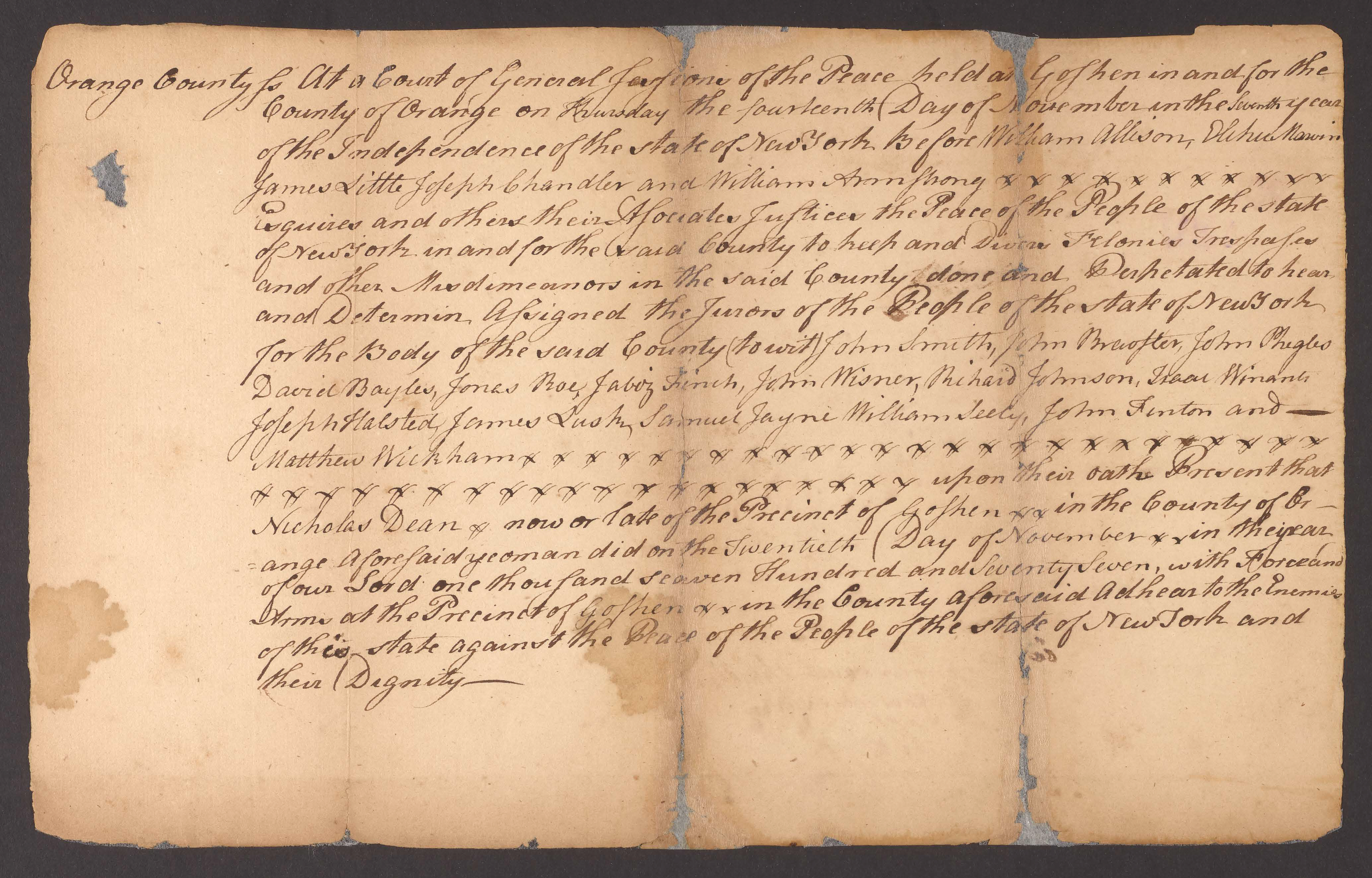 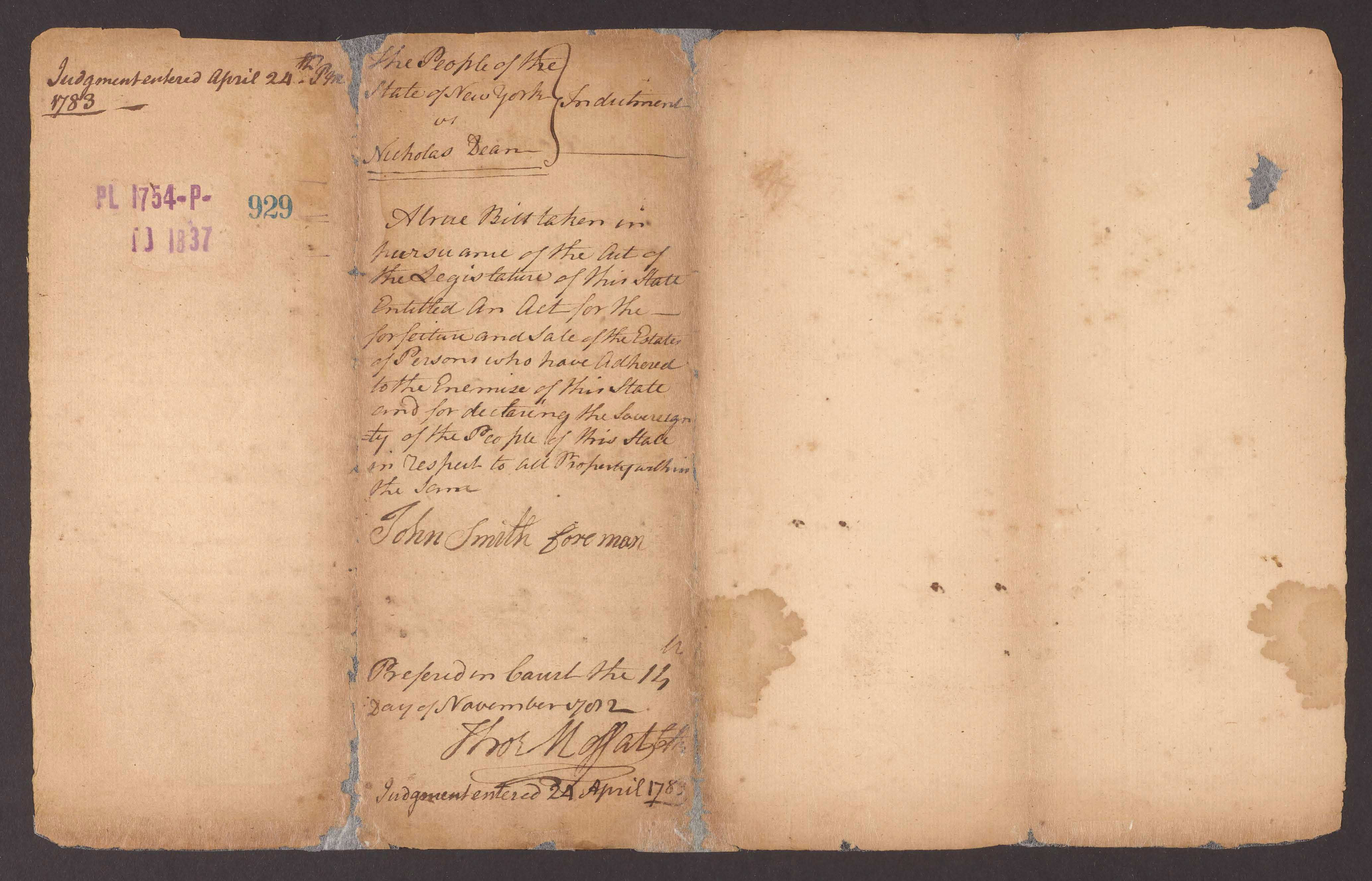 Identifier
NYSA_JN522-17_P_0929_001
Description
New York City, occupied by the British during most of the war, was a refuge for many Loyalists. Nicholas Dean, from Orange County, ran a tavern popular with British officers. Jeremiah Coleman informed an Orange County grand jury in 1782 that he was captured by the British in 1777, then made to work for them as a tailor. In his tavern Dean confronted Coleman drinking a bowl of hot toddy and ordered him out, saying he “did not keep a House for Rebells.” Dean was indicted and convicted for “adhering to the enemies of this state.”
Source
New York State Archives, New York State Supreme Court of Judicature (New York) Pleadings and Other Civil and Criminal Court Documents, 1699-1837, JN522-17, file P-0929.
Rights
This image is provided for education and research purposes. Rights may be reserved. Responsibility for securing permissions to distribute, publish, reproduce or other use rest with the user.
Learning Activities