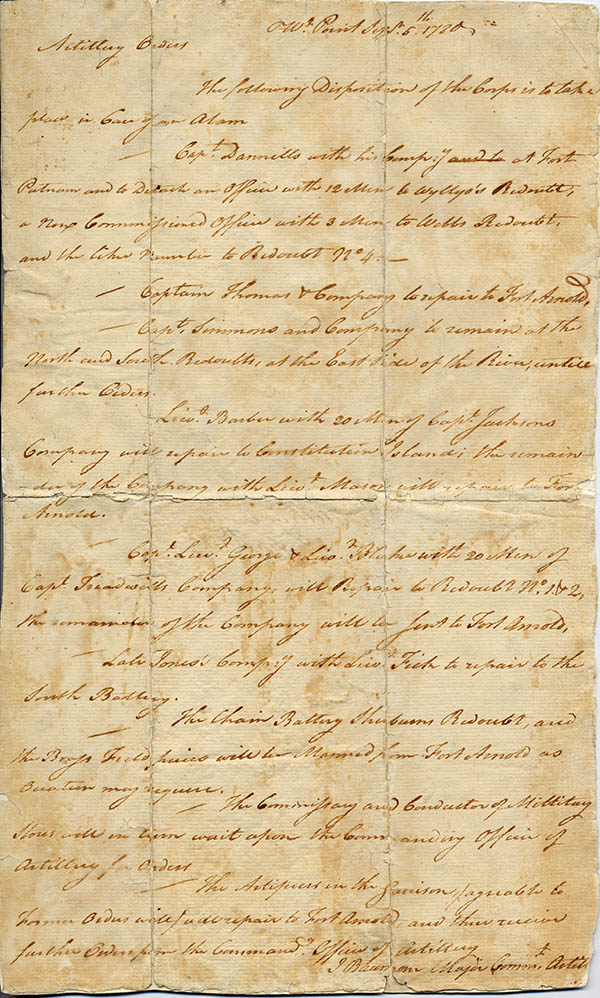 Compelling Question: How does a person become a traitor?

Staging the Question: Read Aloud "Treason of the Blackest Dye..."

Discuss: What is treason? What was the attitude toward treason in the 18th Century? 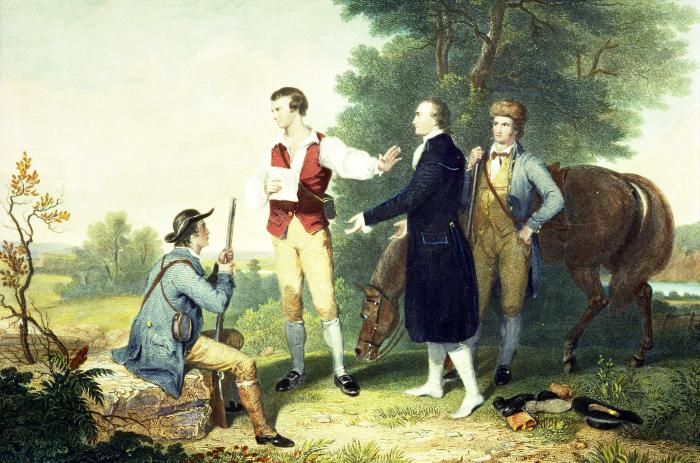 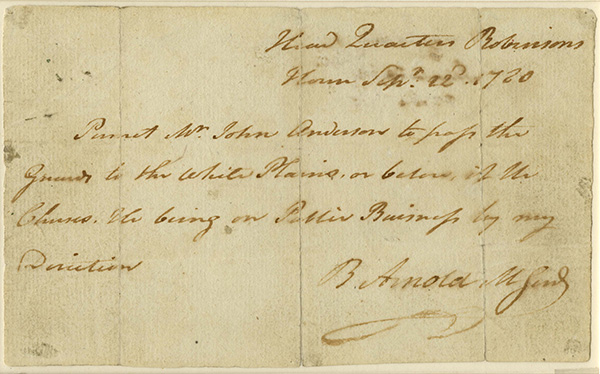 Supporting Question 1: What was Major John Andre doing near Tarrytown on September 23, 1780?

Andre's Boot: Analyze the documents found in Andre's boot. Share the evidence with members of the group. Determine what Andre was doing near Tarrytown, NY on September 23, 1780.

Artillery Orders and Estimate of Forces at West Point

Estimate of Men Necessary to Man the Works at West Point 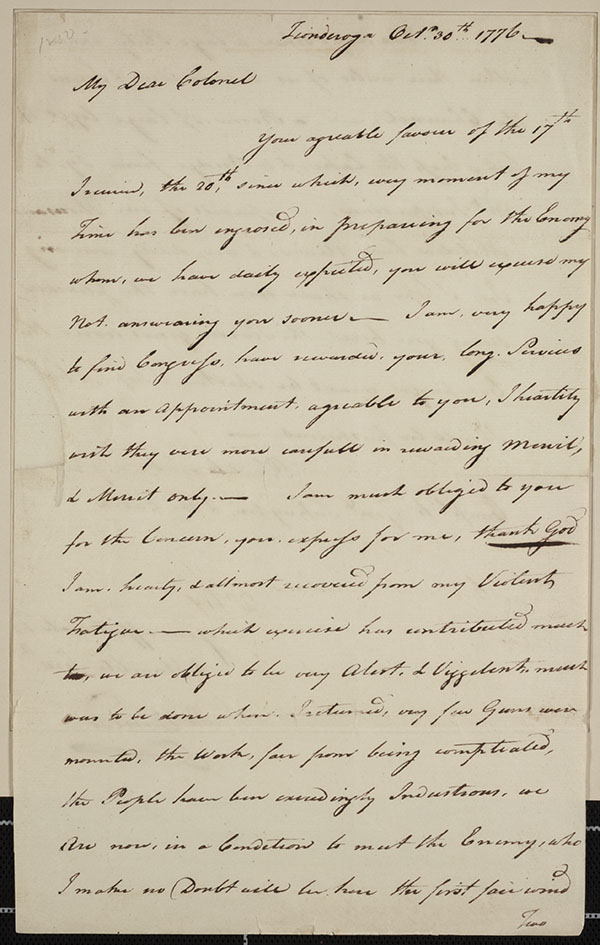 Supporting Question 2: How did Benedict Arnold feel about his experience in the Continental Army?

Read and analyze the letter from Benedict Arnold to Colonel Varick. Read for tone and content. Generalize about Arnold's overall attitude toward his service in the Continental Army using evidence from the letter. Supporting Question 3: Based on the evidence, was Benedict Arnold guilty of Treason?

Corroborate the evidence. Determine of Arnold was guilty of treason and list the evidence that supports your conclusion.

Notes from documents in Andre's Boot

Argument: Write an argumentative essay describing Arnold's path to treason and determine whether or not he was justified in his decision to help the British.

Extension: Consider what may have happened if Andre had not been caught in 1780.

Choose a current event topic. Find at least two sources supporting each side of the issue. Analyze each source for reliability and validity. Which side appears to have the strongest argument? Why?