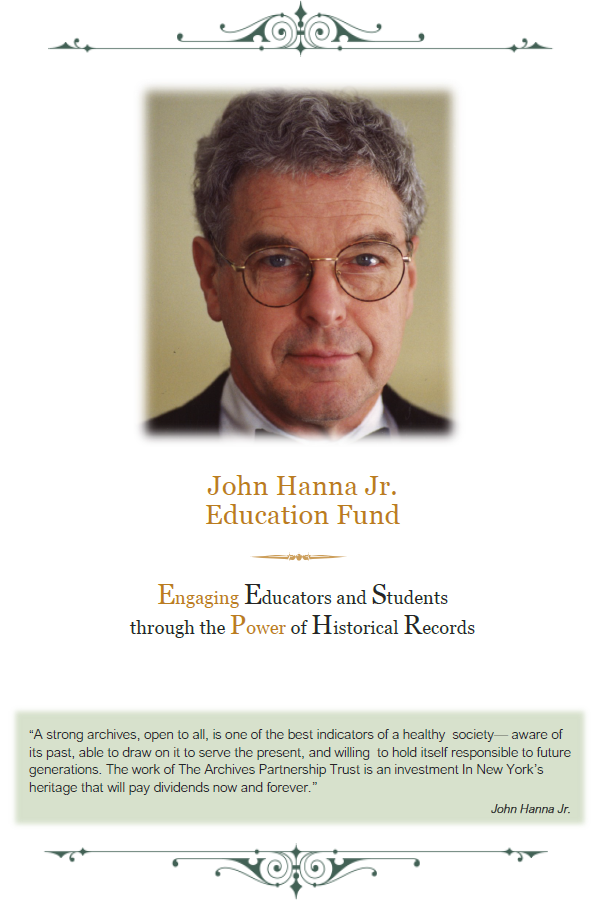 John Hanna Jr. was a special human being – known for his great intellect, humor, humility and humanity. To the Archives Partnership Trust, John was a genuine friend, benefactor, and ardent supporter who served as Chairman of the Board from 1996 to 2013.

Recognizing the unparalleled value of records preserved in the State Archives, John was a fierce advocate for education and believed the State Archives has a responsibility to facilitate access to the state’s documentary records for educators. Under his leadership, the Trust’s statewide educational programs thrived through the creation of the Hackman Research Residency Program, Student Research Awards, The Empire State Archives & History Award, internship opportunities, curriculum and training for teachers, and the award-winning educational magazine, New York Archives.

John’s forward-thinking vision was that the 260+ million records in the State Archives not only need to be preserved, but used, analyzed, and incorporated to educate people of all ages to toward a better society and future for all. 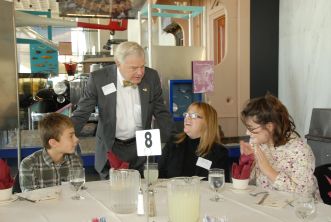 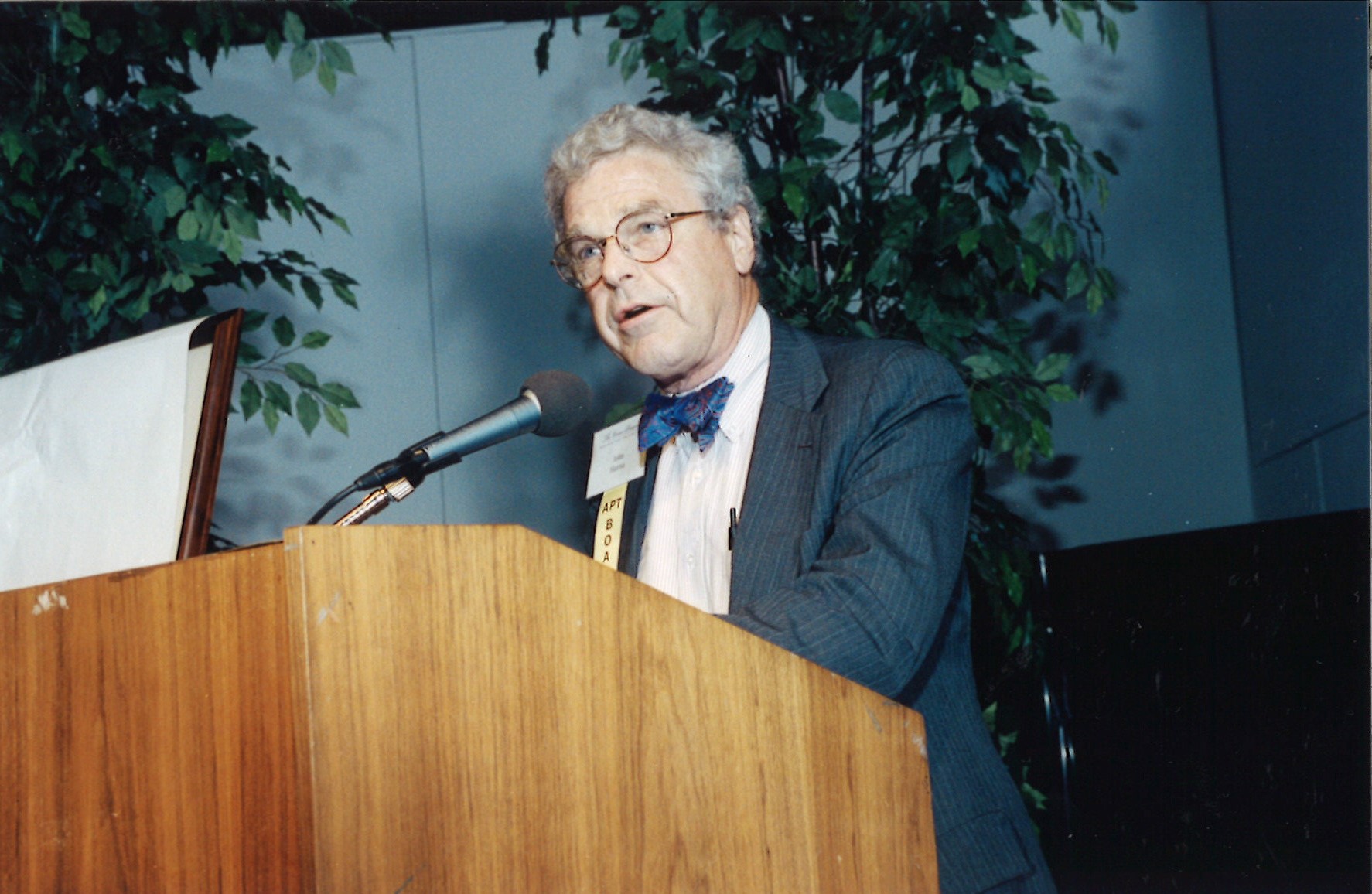 The Hanna Fund seeks to build on John’s legacy and strengthen and broaden the programs that his leadership established.

Consider the Source Online
A collaboration tool, learning community, and resource base for K-12 teachers and cultural institutions for teaching with primary sources. Thanks to your support, we are over halfway to our funding goal!  Go back to school with Kristi Fragnoli and get a sneak peak inside a professional development training with Tasha Anderson.

A Trust signature event, this award is given to a prominent scholar, historian, author, or other individual who has made a significant contribution toward the preservation and promotion of history to the public. Meet 2017 Empire State Archives and History Award Laureate Harold Holzer.

Preservation
of the most significant collection of historical court records after the transfer of nearly 2,000 boxes of pre-1845 records from the New York County Clerk’s Office. Meet State Archivist Tom Ruller and hear more about this great conservation project. 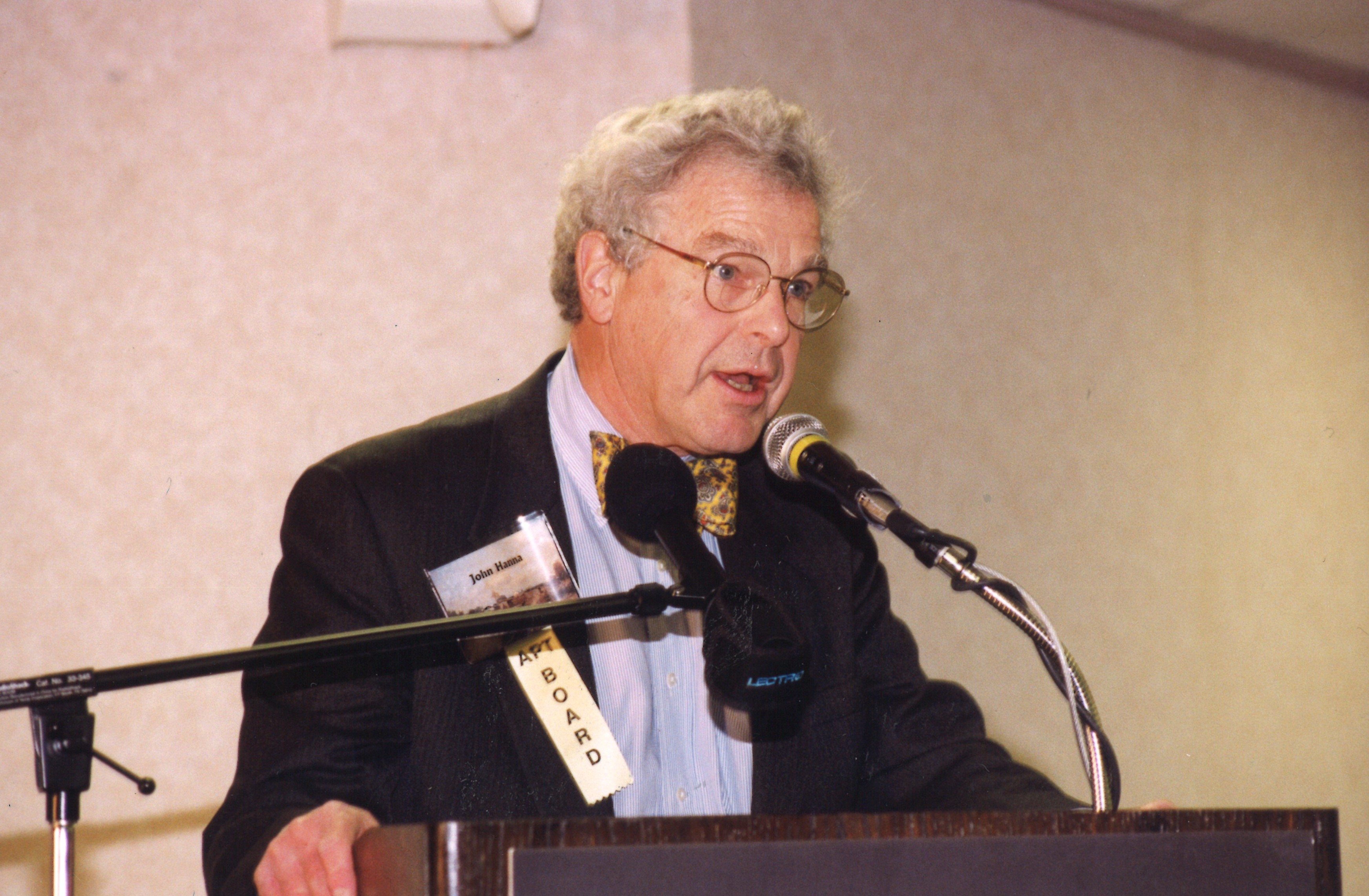 We appreciate you including the Trust in your annual giving, and welcome your thoughts on keeping New York’s archival records connected with its main focus: YOU.