NYCHE Member Showcase – meet some movers and shakers within the council committed to the growth, use, and promotion of history education in their schools and/or communities If you know of a member that is deserving of this recognition please email us. 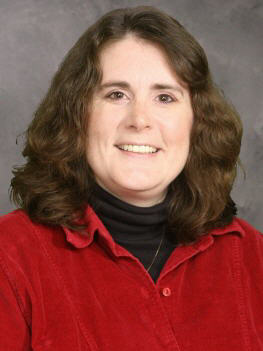 Project-based learning has always been a part of my instructional toolbox. All the pieces - challenge, sustained inquire, public product - are engaging and motivating to students.

With the closure of our school, and subsequent transition to online learning I was scrambling to get my class up and running in our new, virtual classroom. My students wanted to know how they could continue their project for the NYS Archives Student Research Awards. “Can we still do the Agate House project?” they asked. It took me a couple of weeks to get all their documents scanned and into digital folders they could access, and then to scan the handwritten work they had completed prior to our closing.  Once it was all available digitally, and I taught them how to access it, they were off and running.

We used video conferencing to review the documents, completed graphic organizers , and a plan of action to move forward. The teams began working independently and creatively. Student leaders emerged and everyone is learning what strengths they bring to the project. They schedule student-only meetings, track their to-do list, problem solve and plan their piece of the project. They can video call me during school hours to ask a question or get advice. Their excitement and motivation for this project is overwhelming. For some students, who are anxious and stressed, this project has been an opportunity to work with their peers in a meaningful way. It is providing connection and real learning, for a real audience. Some teams are holding Zoom interviews, while others are creating Sways or video reenactments. Families are even getting involved, taking their exercise outings in the local cemetery to snap photos of the headstones needed by one team.

Watching this project unfold in a dramatically different way then I originally planned has been a learning experience for me. Our traditional school day is very structured. We have limited time each day to work on larger projects. While I can’t wait to be in my classroom again, I think there are lessons to be learned from this virtual classroom experience. How can we as educators bring some of the unstructured, more student driven opportunities to our brick and mortar classrooms? Our return to school will no doubt include many changes. Hopefully these changes will include reexamining classroom practices.

For now though, my class and I will continue to learn and explore our local history together – but apart. I can’t wait to see the final product they create. 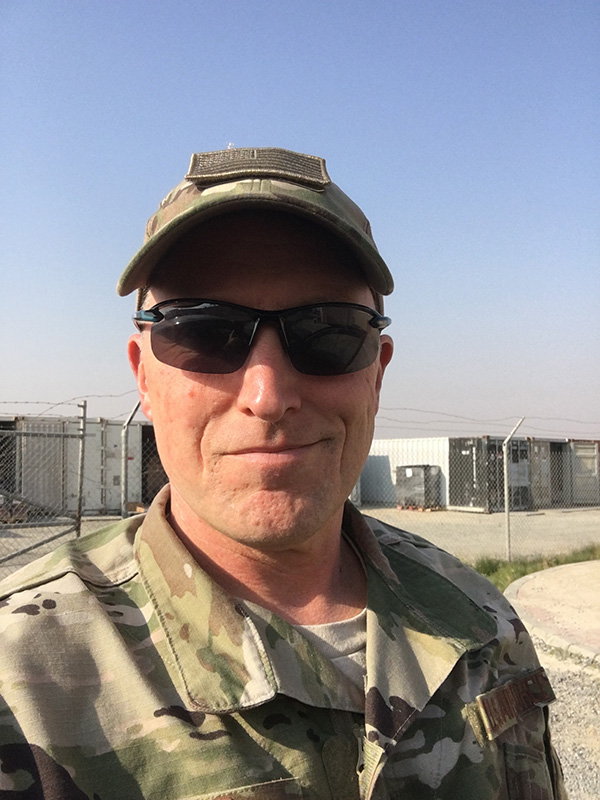 I am entering my 20th year as a middle school teacher.  For 15 years, I have been teaching 8th grade Social Studies, for the other 5 I taught 7th grade.  I am also a Technical Sergeant in the Air National Guard as an Aviation Resource Manager where I provide operational support to pilots and aircrew members in the United States Air Force.  I have enjoyed this role in the Air Force since 2011.  The best way to explain my job is that if you are a pilot, someone who works in an Air Force aircraft or someone who jumps out of an Air Force aircraft than I am responsible for making sure that you are able to get onto that aircraft as well as monitoring the activities that you took part in while on that flight when you get back on the ground.  This year my school year was interrupted so that I could provide operational support to the 46 Attack Squadron in Kuwait.  It has been a great experience since I get to work with pilots that fly and operate Drones that are providing forward reconnaissance and observation roles.  I arrived on October 20, 2019 and will be home at the end of January (hopefully).

November marked my 16th year in the military.  I actually enlisted two months before 9/11.  From 2001-2009, I served as a Navy hospital corpsman (combat medic).  All of my assignments were with Marine Corps units such as Scout Snipers, Combat Engineers, and in a Medical Unit that provided support to Marine Corps Helicopter personnel.  In 2006-07,(the first time my school year was interrupted) I deployed to the Al Anbar Province of Iraq with a Combat Engineer Unit where we were responsible for locating Improvised Explosive Devices and building fortifications in the city of Haditha to provide security choke points to help coalition forces detect and detain insurgents.  The Marine Corp unit that we worked with and supported during that time was the focus of a book titled Anbar Warriors by Ed Darack.  I guess you can say my first deployment was so chaotic that it warranted writing a book about it.

I was never one to take anything for granted, especially life.  Twenty-two years as an EMT/Firefighter have certainly helped to reinforce that belief.  After my first deployment, I laugh more, love more, and don't sweat the small stuff.  When I arrived here in Kuwait I was happy to find that I had a toilet that flushed, running water, hot food and unlike my time in Iraq no one has tried to kill me.  It should go without saying that I miss my wife tremendously and my son is missing out on quality time with me for three months however; someone is waking up tomorrow to get Chemo treatment and there are many boys who grow up without fathers.  With that said my spirit is unbreakable and while I missed Thanksgiving and the holidays with my family I was happy to eat my holiday dinners off a styrofoam plate with some great people.

I also miss my teaching job back home.  When I am not working or exercising here I have been finding ways to improve as an educator and looking for ways to improve instruction.  When I return home, I am looking to get back in the classroom right away and continue my work on committees where I am surrounded by amazing professionals that are focused on improving social studies education.  I also look forward to my vacation in Mexico during the winter break with my family where I will spend the week drowning myself in Margaritas after spending three months in a country where alcohol is illegal.

I also enjoy long walks on the beach, scuba diving and fine dining.

Very honored and appreciative that I was selected for this spotlight opportunity.  Thank you.