Historical Background: Indigenous groups throughout New York State and the United States experienced the loss of their land from initial European contact through the early 1900s. Land dispossession was a gradual process brought about by European migration, disease, and state and federal policy. While misunderstandings and deliberate dishonesty have long been debated, the results are undeniable. The land originally inhabited by indigenous groups was greatly diminished and the populations decimated through the process of land dispossession. 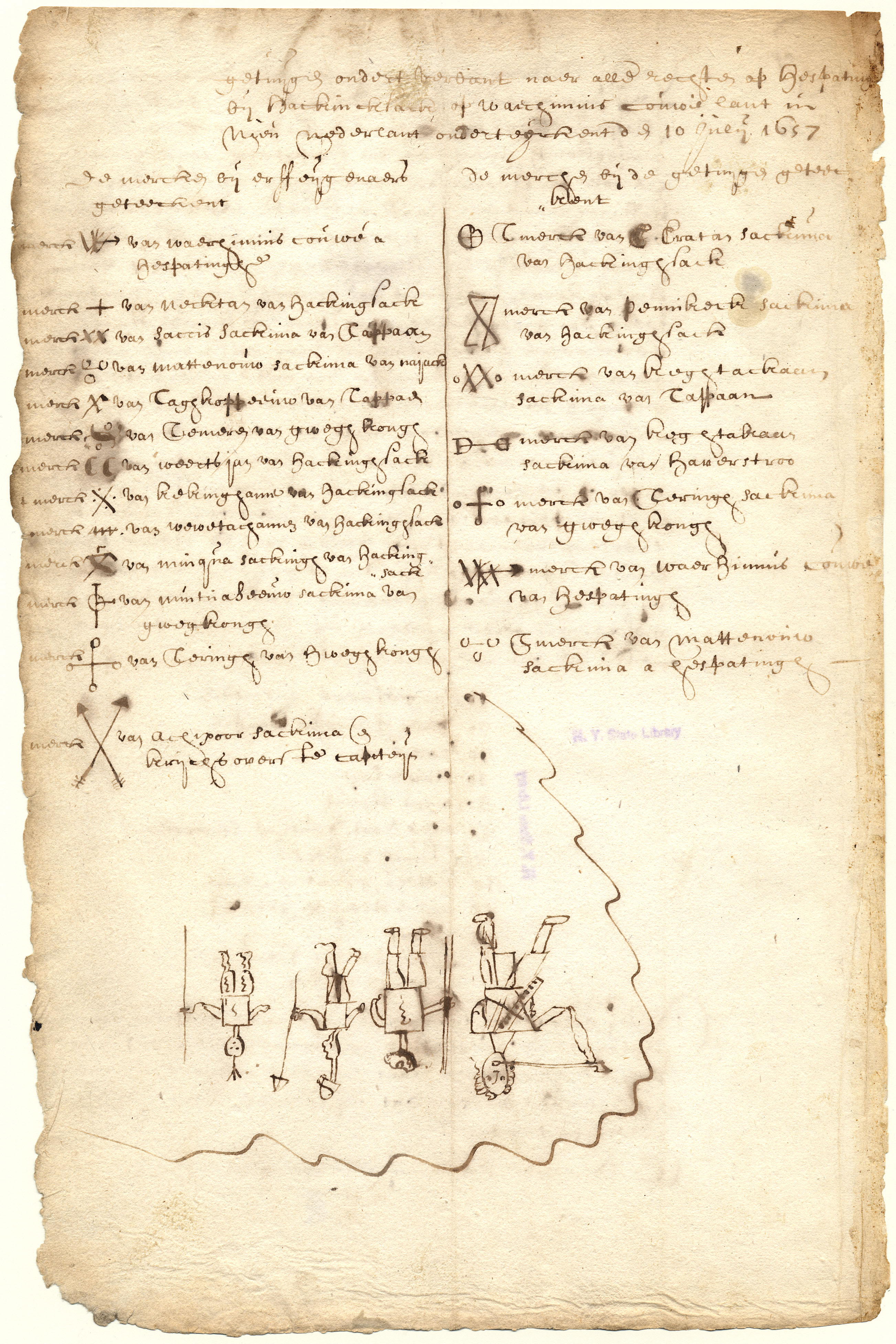 Supporting Question 1: How did possession of land change from the time of the first European contact to the American Revolution?

Formative Assessment: Using evidence from the deed and the maps, explain the changes in Indigenous land possession before the American Revolution.

A drawn Map of Colonel Romer's journey amongst the five Nations confederated with Her Majesty on the Continent of America, 1700

Map of the Present War in North America, 1757 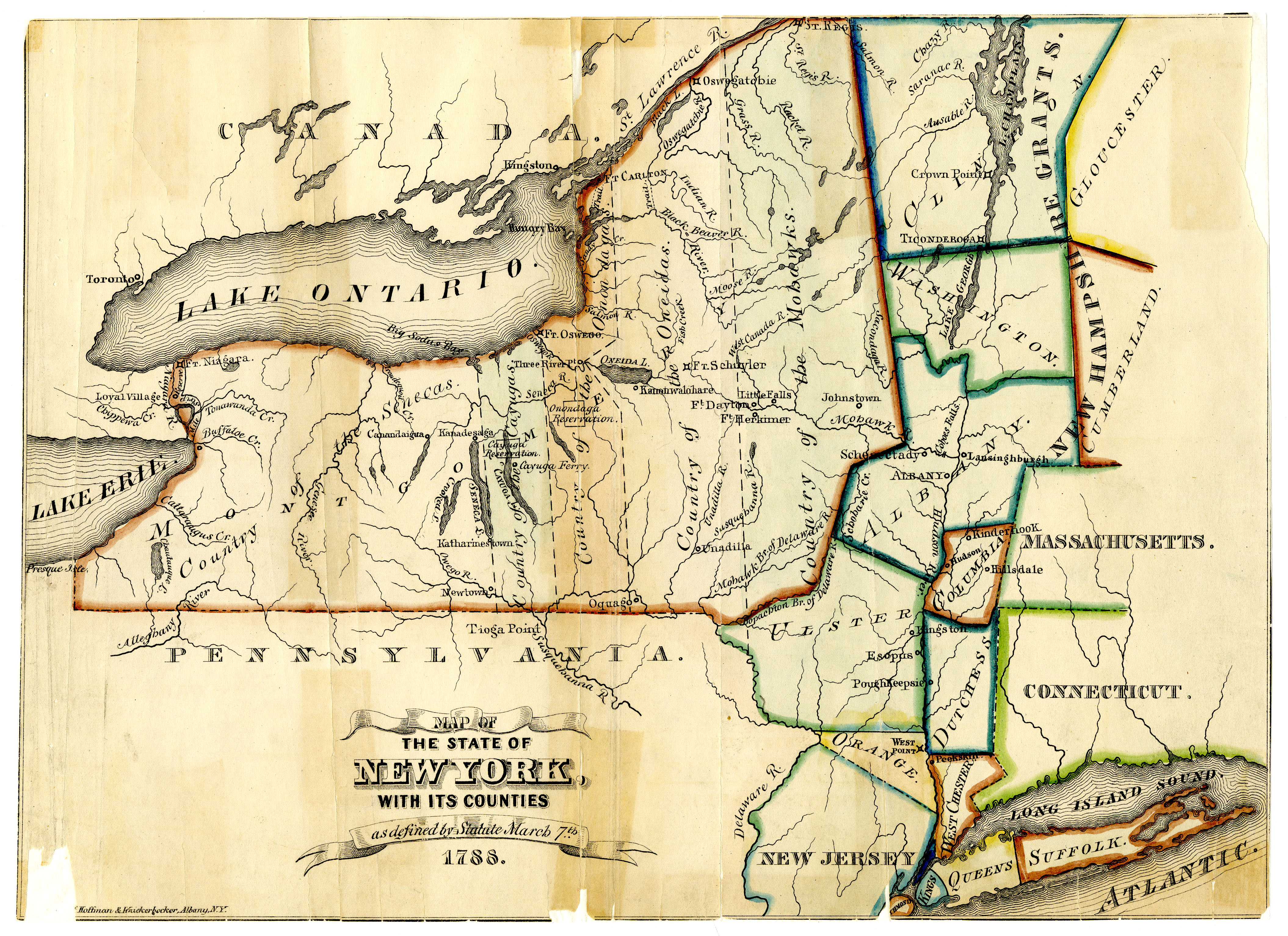 Supporting Question 2: How did the possession of land change from the time of the American Revolution to the 20th century?

Formative Assessment: Using evidence from the maps, explain the change in indigenous land possession after the American Revolution. 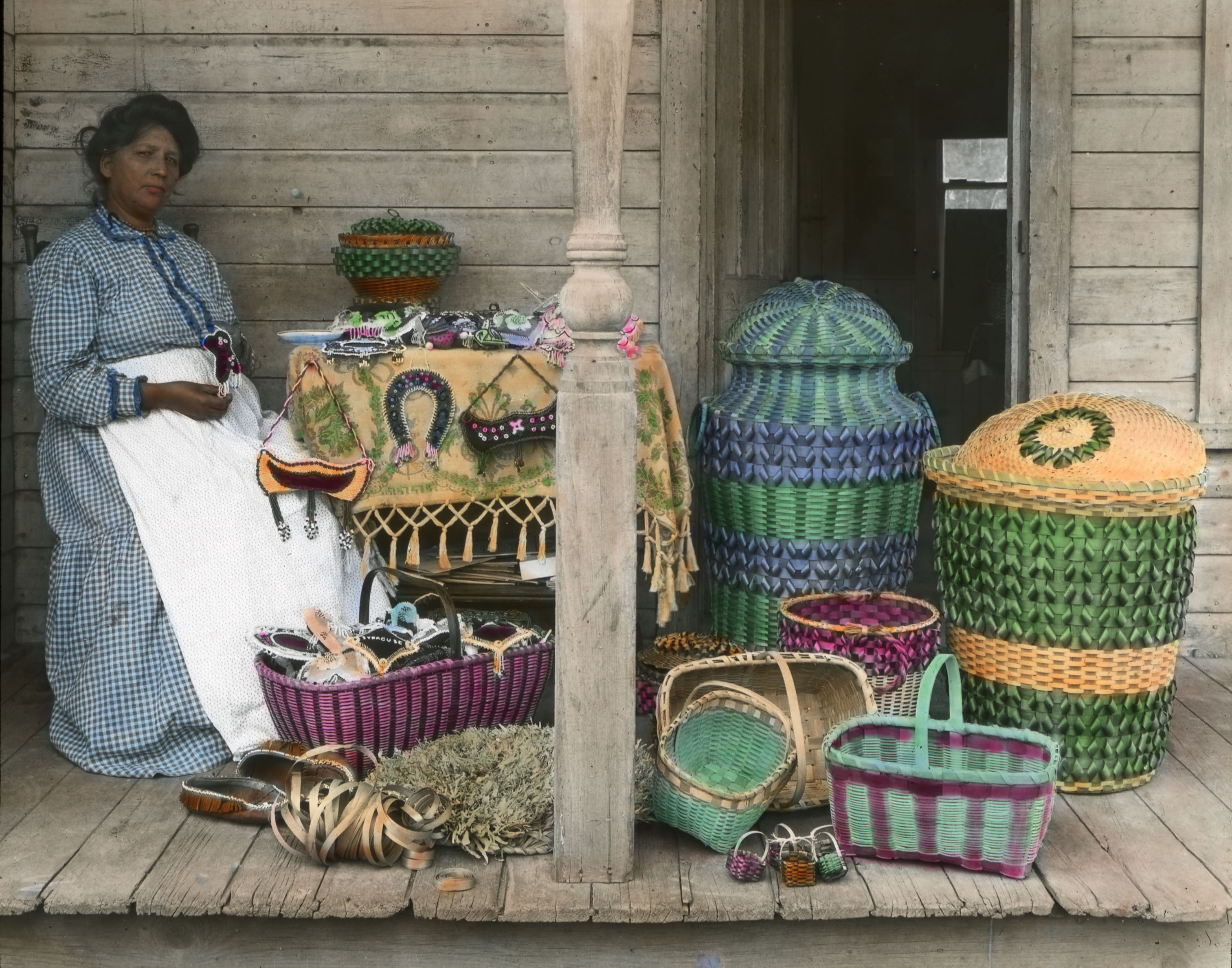 Supporting Question 3: What impact did land dispossession have on the indigenous groups in New York State?

Formative Assessment: Using evidence from the census data, maps, and photographs, explain the effects of land dispossession on the Onondaga.

Woman with Baskets and Bead Work

Summative Assessment: What role do maps play in the social, political, and economic standing of a group or individual in society?

Extension: Research the location of American Indian groups during the American Revolution. How did their location influence their role in the war?
Taking Informed Action: ​Are there current issues in your community related to geography (water usage, location of schools, transportation, etc.)? If so, think of ways you could help solve one of these issues.