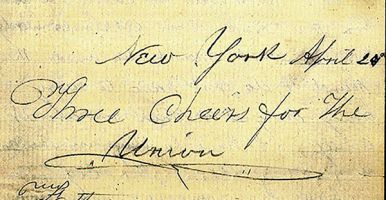 Supporting Question 1: How were the the members of the Penny Family involved in the Civil War?

Create a table showing how each of the Penny family members were involved in the Civil War.

Return of Civil War Officers and Enlisted Men Who Have Been in the Military or Naval Service, Volume 5

Return of Civil War Officers and Enlisted Men Who Have Died in Service, Volume 6

Supporting Question 2: How do the letters written by the members of the help us understand their attitudes toward the Civil War?

Read and analyze the letter from Elijah Penny to his wife. Identify the tone and mood of the letter.

Supporting Question 3: How did the experience of war change the perspective of the members of the Penny family?

Read and analyze the first and last letters written by the Penny brothers. Explain how their attitude toward the war changed from the beginning to the end of their experiences.

Argument: Describe the Civil War experience of the Penny Family and explain how the war changed each member of the family.

Extension: Research a Civil War family from your own community. How did the war change them?