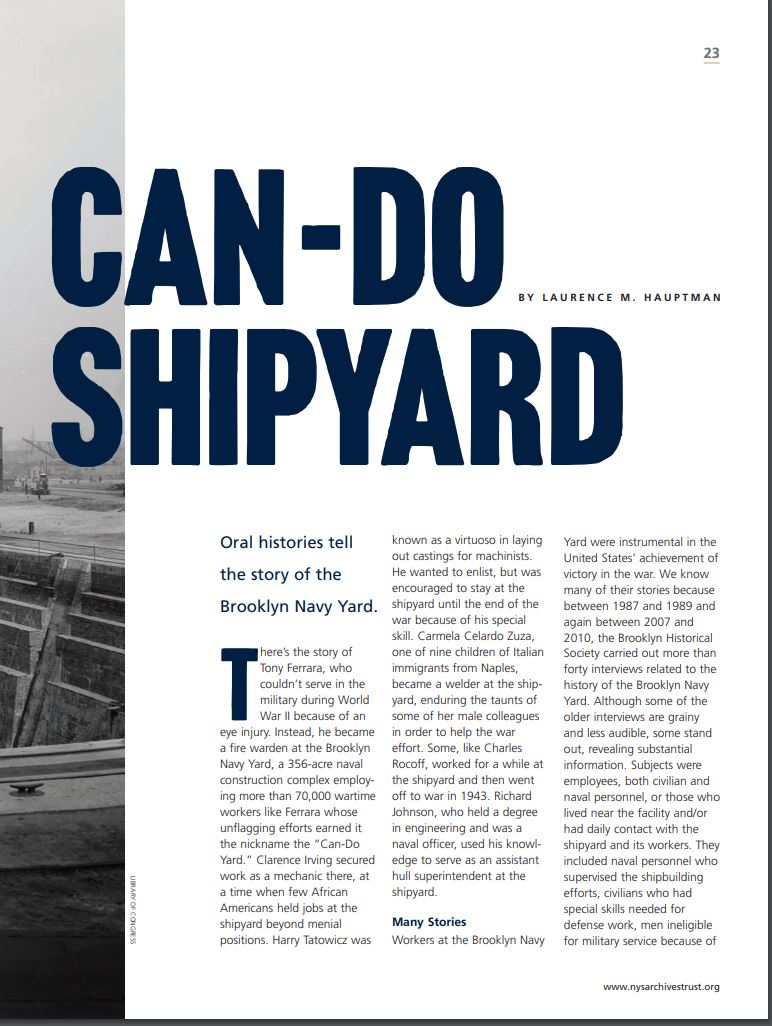 Constructing America’s Warships
In his article for New York Archives Magazine, Laurence M. Hauptman details the history of the Brooklyn Navy Yard through the experiences of those who worked there. Having compiled oral history accounts of former laborers, from African American machinists to women welders and more, Hauptman’s Can-Do Shipyard presents the rich history of the Brooklyn Navy Yard’s workers who were “instrumental in the United States’ achievement of victory in the war.”

This resource includes supporting questions to aid students in the reading of the article and analysis questions for understanding the primary sources. All educational materials are aligned to the New York State Social Studies Framework. The learning objectives are taken directly from the Social Studies Practices and the content fits within the framework. 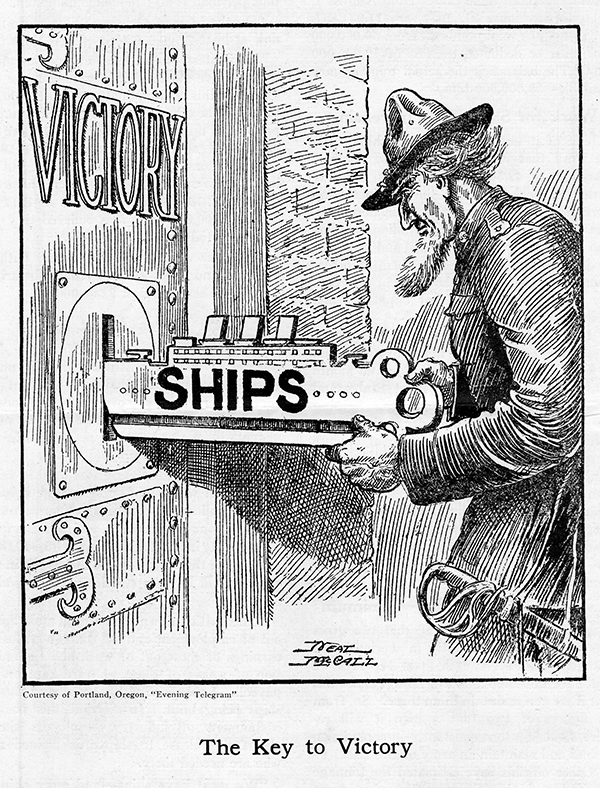 Show “Hedy Lamarr: Women in World War II” courtesy of PBS Learning Media.
https://ny.pbslearningmedia.org/resource/lamarr18-ss-wwii/women-in-world-war-ii/
Staging Question: What were some of Hedy Lamarr’s contributions to America’s war effort? Why was she encouraged by the government to focus her efforts on selling war bonds?

1. List three reasons why someone chose to work at the Brooklyn Navy Yard.

2. During World War I, what made the Brooklyn Navy Yard unique?

3. Clarence Irving, a machinist working at the Navy Yard,  referred to it as a “city within a city.” What did he mean by this?

4. What facilities could be found at the Brooklyn Navy Yard? List as many as possible.

5. How did the role of women working at the Brooklyn Navy Yard change during World War II?

6. What were the conditions like for women who worked at the Navy Yard?

7. Who else faced adversity in the workplace at the Navy Yard? What was their experience like?

8. What were some of the more famous accomplishments of the workers at the Brooklyn Navy Yard?

10. What does the experience of these workers tell you about the war effort on the home front?

1. What do you see in this cartoon? List at least three objects.

2. Who is the man on the right? What is he wearing?

3. Based on your observations, what is the overall message of the cartoon? Who might it be directed towards?

4.     According to this cartoon, what is the “key to victory” referenced in the title?